Skip to content
Disclosure: We may receive compensation from the companies whose products we review if you click through our affiliate links. As an Amazon Associate I earn from qualifying purchases.

Why do people buy an inversion table and stop using it? Most people end up buying a table and then turn right around and sell it on Craigslist.  Why does this happen? I will give you my take in a bit. 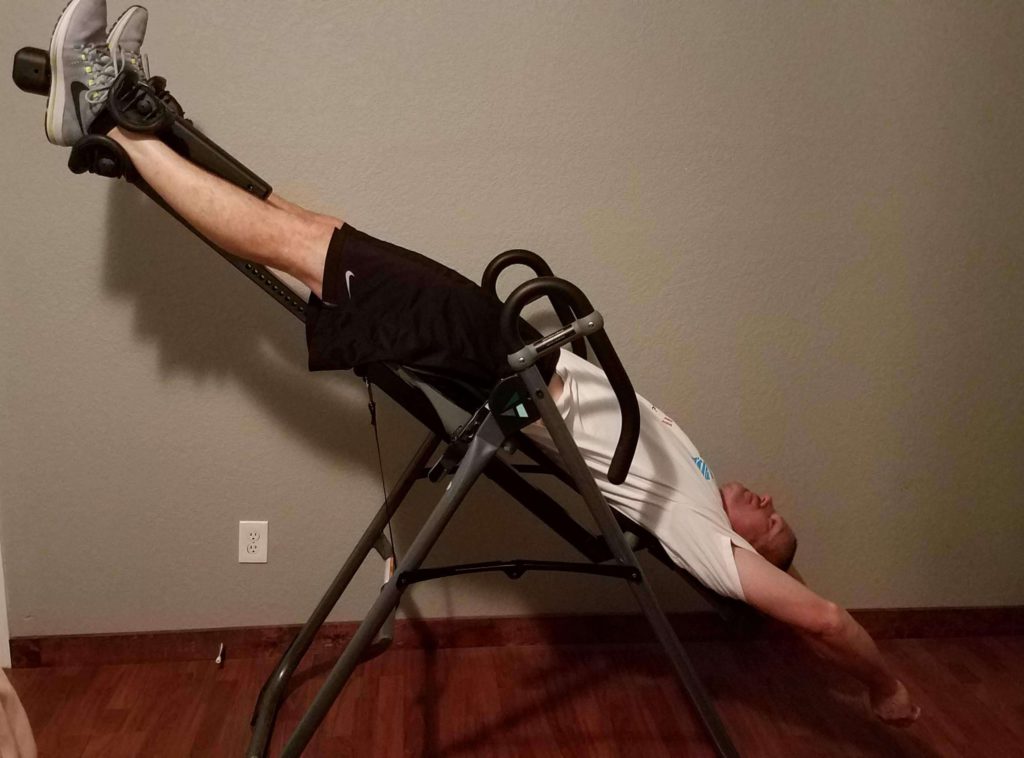 People have been using inversion tables for many years as a way to help relieve pressure on the discs in our spines.  The discs act as shock absorbers between the bony vertebrae that make up our spines.

By rotating yourself upside down, either partially, or entirely, you are able to use gravity in your favor and help to reduce the stress and pressure on the discs.

The discs are made of a gel-like substance and take a beating over time.  Some people have discs that have been compromised, due to injury, as in the case of a herniated disc.  The discs also harden and weaken as we age.

So that is an introduction to give you some background about inversion tables, and now I want to share my personal experience so we can get into answering the question above, why do people stop using them.

My personal experience with inversion tables

I have been dealing with back problems for about 20 years since I was 26 years old.  There was never a time in my life when I felt or heard something “pop,” I just literally started having shooting pain in my right leg.  After many treatment options and finally an MRI the diagnosis was a herniated disc.  This was the first time in my life I had ever really been injured.

Anyway, I ended up having surgery in the fall of 1999, and I thought that was the end of my back problems.  WRONG. If I had known then what I know now, I never would have gone ahead with surgery, but we live, and we learn. 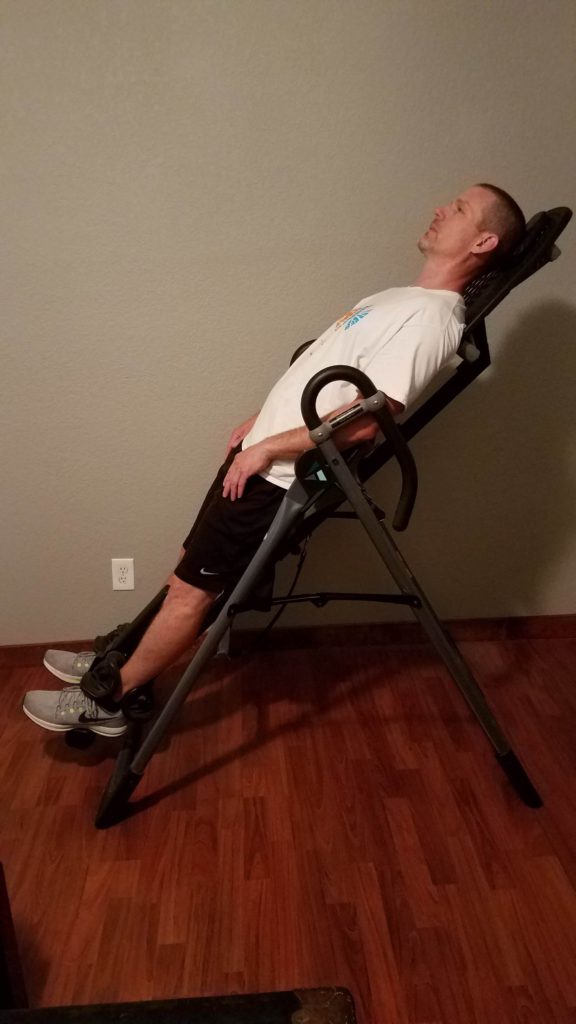 In 2011 I was experiencing more problems with my back, the same symptoms I experienced over 10 years prior, shooting pain down the back of my right leg.  The pain went all the way down to my toes!  This is the first time I was introduced to an inversion table.  The doctor I was seeing didn’t instruct me how to use the inversion table, and I ended up doing more harm than good, but eventually, I got better.

Fast forward to 2015.  I suffered a pretty bad injury yet again.  This time I was working with a chiropractor who taught me the proper way to use an inversion table, and that brings me to the first topic.

As I touched on earlier, I believe one of the main reasons people buy an inversion table is to recover from an injury.  A lot of people with back pain use an inversion table not only for disc recovery but also as a way to stretch out the lower back.

I understand why people buy an inversion table and then turn around and sell it after their back feels better.  It’s kind of like crutches, once you are fee better why keep it?  So I think that is a big reason as to why people don’t use the table anymore. At this point, they probably try to sell it. After all, inversion tables can be pretty expensive, so it makes sense to try and reclaim some of that hard earned money that you spent.

I do believe that if you have back problems, inversion tables are a good way to help out, and people can use them to maintain a healthy back, but that is just my opinion based on my experience.

Okay, I have gone on long rants before about storing inversion tables.  A lot of companies like to advertise their table as foldable and storable and make it sound so easy.  Well, that has not been my experience.

Inversion tables are heavy and awkward plain and simple. This can definitely be an issue if you are dealing with back problems.  I will explain.

I used to put my table under my bed, but not without some serious effort.  I had to take off the backrest, fold the table up, and lay a towel on the floor so it wouldn’t scratch my hardwood.  Then I would have my wife lift up one side of the bed, and finally, I was able to slide the whole thing underneath.  OMG, what a pain…literally!  If you are using an inversion table to recover from an injury, you really don’t want to exert yourself like this.

Yes, this is very true.  As I mentioned earlier, inversion tables are awkwardly shaped and do take up a fair amount of space when in use.  Some people may not realize how much space is needed and they don’t have adequate space.  If you plan on using the table in your living room, be sure you have enough room and think about where you want to store the unit. This brings me to the net point.

Once again, the nature of the inversion table is they are heavy, awkwardly shaped and yes, can be difficult to move.  This is especially true if you have back pain or are recovering from an injury.

When I used to store my table under my bed, then I would move it to the living room to actually use it. Typically I had to have my wife help with the heavy lifting since I was recovering from an injury.  So, I tell you that because I think that a lot of people just don’t want the hassle of moving the table from storage, to actually using it.

My best advice is to use and store the table in the same room. Just fold it up and lean it against the wall, then it’s easily accessible. I think a lot of people don’t’ really think about this when they buy a table, and it becomes a hassle, so they don’t use it anymore.

Yep, it’s true.  Just like when someone buys a treadmill and plops in the middle of the living room, it’s there, but you actually have to use it.  People get busy and as I mentioned earlier, don’t want to move the table out to use it, so they don’t.

Again, this is why it is essential to make sure you have easy access to the table when it’s not in use, then I think you will be more apt to use it. People buy stuff all the time that they don’t end up using, myself included.

When something is fresh and new, we tend to use it. As time wears on, it’s not as exciting anymore.  Even though inverting only takes a few minutes per day, sometimes it can be a hassle, and I get it.  There are a lot of used inversion tables available because some people just don’t use them.

I have purchased used tables in the past, for reason #1 above, to recover from an injury.  When I was done, I turned right around and sold it.

In 2015 I suffered a pretty bad back injury and decided it was time to buy a brand new shiny inversion table that I will keep forever. Now I use my inversion table frequently and its part of my life.  I have no intention of selling this one.

If you are in the market for an inversion table, check out my post for more information on the best models.

As an Amazon Associate I earn from qualifying purchases.
We use cookies to ensure that we give you the best experience on our website. If you continue to use this site we will assume that you are happy with it.Ok