Skip to content
Disclosure: We may receive compensation from the companies whose products we review if you click through our affiliate links.

One thing I have noticed since I have started practicing yoga is all the terms that I am not familiar with.  In this post, I am going to discuss some of the yoga terms and meanings that I encountered about when I started.  I know that if I had these questions, I am sure others out there do as well. 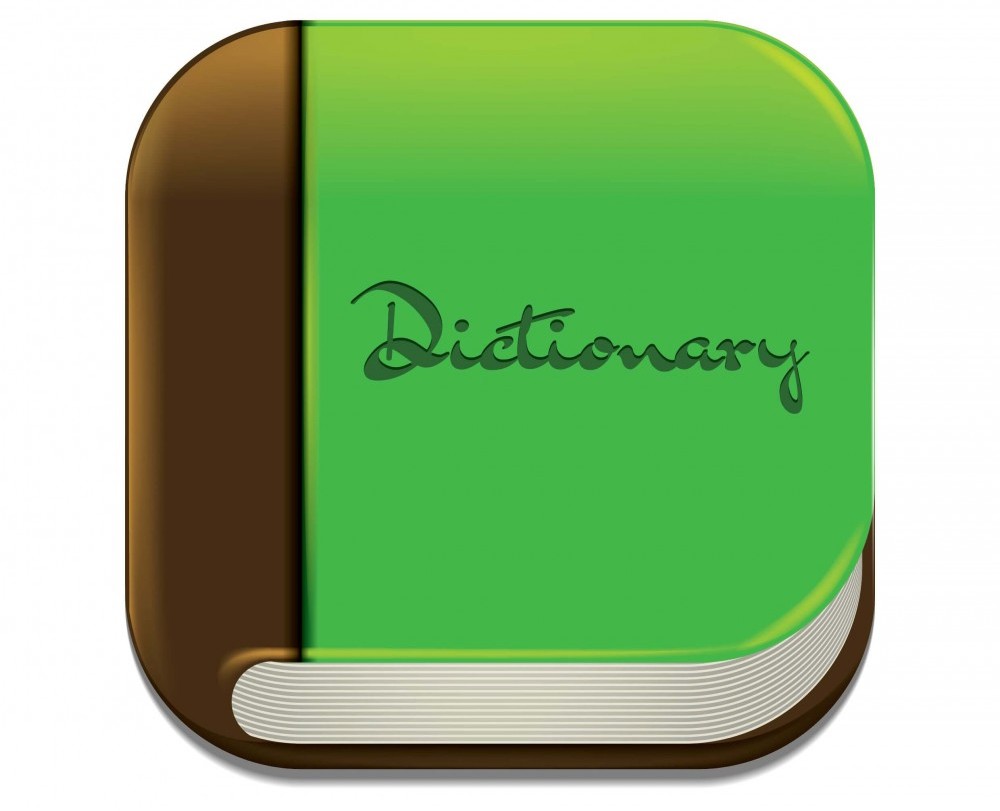 When I started practicing yoga, I showed up for class and they started making funny sounds and speaking in a language I didn’t understand.  So, I decided if I was really going to get into this, I needed to know what was going on, how to speak the language so to speak.

So, just to let you know, these are not all of the yoga terms.  In reality, there are more than I can count.  These are just some of the terms that I found interesting and very informative.  I am a pretty curious guy, so I wanted to understand more about the practice of yoga and what all of this stuff means.

With that, I will get right into things here.

Hatha – I have found this very difficult to define.  Hatha is kind of a general category and includes most modern yoga styles.  Basically, this is an umbrella term for the actual physical practice of yoga.  There are different types of classes you can take in a studio, at the gym or online, all are Hatha yoga.  According to Yoga Journal, Hatha simply refers to the practice of physical yoga postures.

Hatha yoga is generally thought of as a slower pace of yoga.  That doesn’t mean you won’t do the same poses as in a vinyasa or flow type of class.  This isn’t a practice that will necessarily get your heart rate up like a vinyasa class.  Hatha is about calming and aligning mind, body, and spirit.  The word Hatha literally means “force”.  Hatha classes tend to focus on one pose at a time with rest in between.

Some people consider Hatha more of a beginner type of yoga, since it is a slower pace, and you learn poses before moving on to vinyasa, which would coordinate poses one after another. 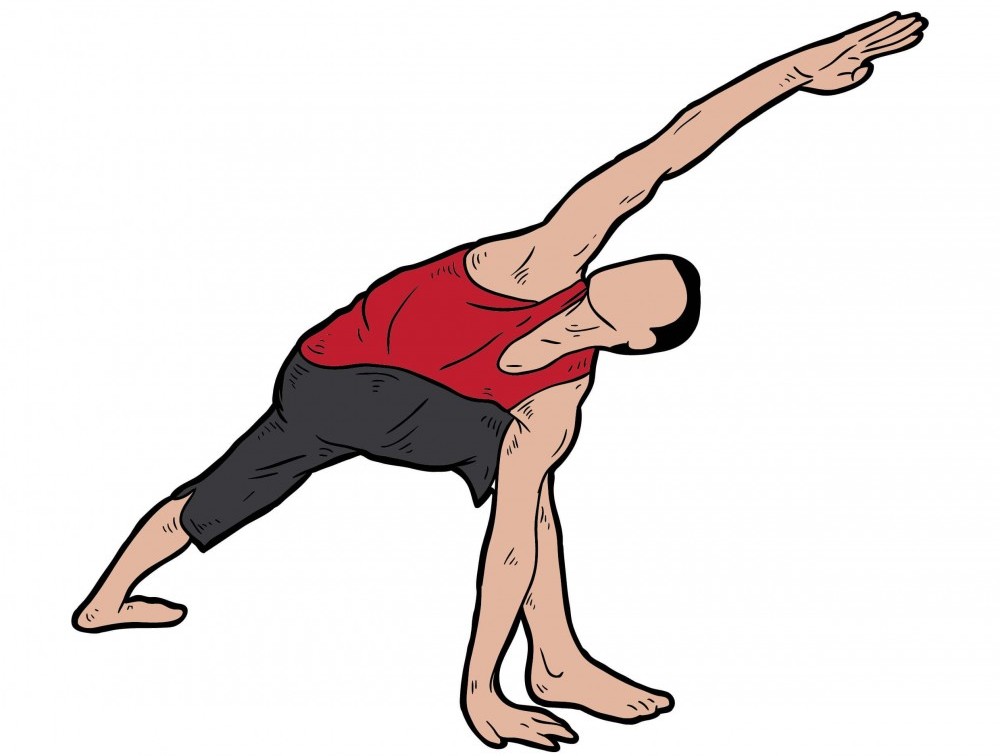 Asana – These are the actual poses you perform when practicing yoga.  There are many asanas and they range widely in difficulty.  There are asana’s for beginners, like Corpse Pose (Shavasana), Child’s Pose (Balasana), Mountain pose (Tadasana).  More advanced poses include Lotus Pose (Padmasana), Crow (Bakasana).  As you can see asana is included in each one of these poses.

Namaste – This is a commonly used phrase at the end of the practice. There is a very interesting article to read from Deepak Singh, regarding the phrase “Namaste”.  Nama means bow, a means I, and te means you, so the basic meaning is “I bow to you”.  It is the equivalent of saying hello, but with an element of respect.  He goes on to talk about how the phrase has been reinvented in recent years, with the popularity of yoga increasing. 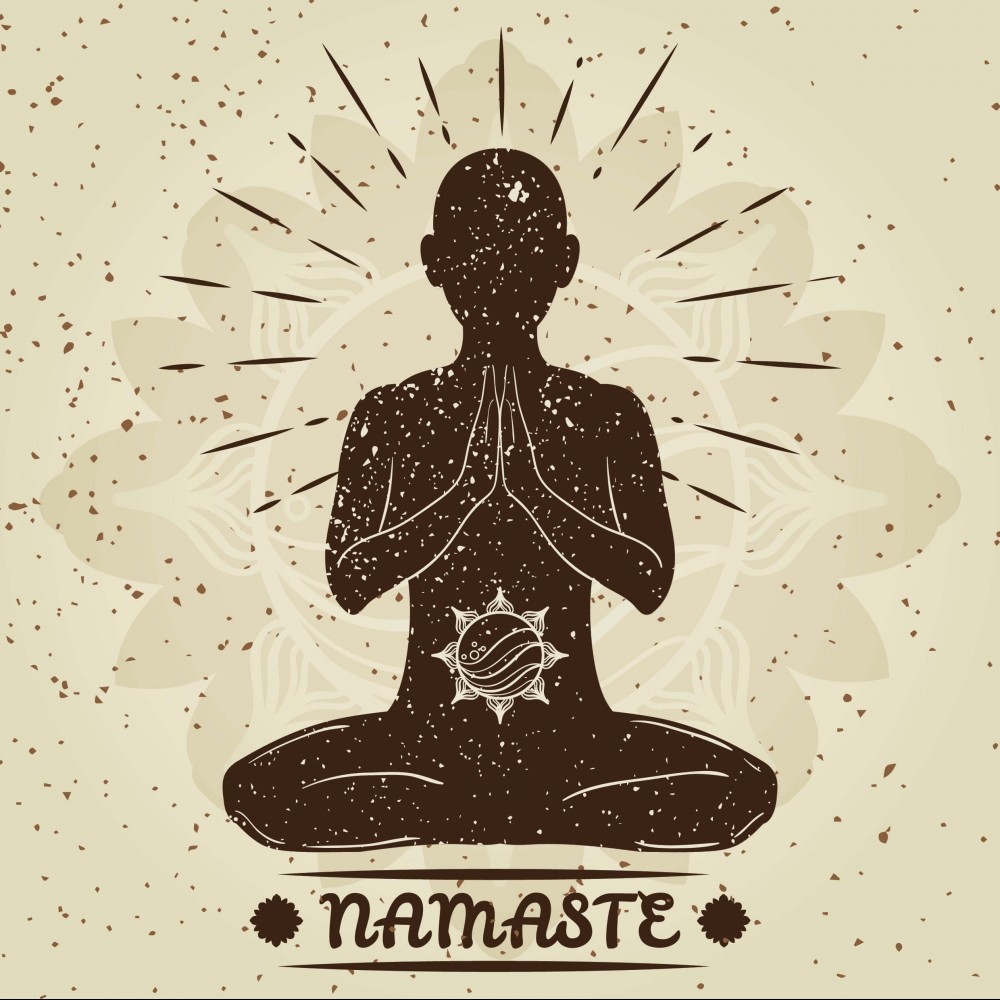 Sun Salutation – A series of poses that are kind of like a multi-tool for yoga.  It is a series of poses that work to warm up, strengthen and align your body. It is s a specific series, but there are many variations.  Depending on your day, or time constraints, you can do this series quickly and work up a sweat if you are short on time.  You can also use Sun Salutation as a warmup for a longer practice session.

Sanskrit – It is the classical language of India.   Many words used in the practice of yoga are of Sanskrit origin.

Vinyasa – Linking a series of poses, or asanas, together by flowing from one to the next.  Vinyasa is more about moving from one pose, step-by-step to another pose.  This is considered to have a quicker pace than Hatha yoga, but again, you will still practice some of the same poses as Hatha.

Vinyasa will repeat a series of poses and if you are looking to sweat, you may have found your style here.  So, if you want to work up a sweat, aside from hot yoga, a vinyasa style might be just for you.  Flow classes string poses together to make a sequence and the sequence centers around your breath.  As you perform a pose, you inhale and exhale

Yoga – Literally means union.  That union of connecting the mind, body, and spirit.

Opening up the hips – This is one phrase I didn’t really get at first.  The yoga instructors at my gym and even the ones online talk about this frequently.  A lot of us have tight hips, and you may not even know it. If you sit a lot during the day, or even if you are an active gym rat, many people have tight hips.  Tight hips affect things like bending over to pick up something on the floor.  People who squat a lot may have tight hips.

Tight hips can often be the cause of lower back pain also. When your hips are tight, this can cause overload on the spine, so opening them up is a great benefit.  Many poses in yoga focus on opening up the hips.  Some focus specifically on this area, while others work the hips indirectly. Yoga is one big hip opening activity. Tight hips can cause people problems, and opening them up can really make a big difference.

Sit bones – I had no idea what this was, and even had to ask an instructor because I couldn’t figure out what she was saying.  These are literally the bones we sit on.  Basically, the sit bones affect your posture when you are in the seated position.

Well, I want to reiterate that these are some of the yoga terms and meanings that I have come to know and recognize.  There are many, many more, but I think if you are just starting out, this will give you a good idea of some of the terms used in yoga.  At least these are the ones that have kind of stuck with me.

One thing you can do, if you are interested in taking a yoga class, ask the instructor for suggestions on the different types and where to begin.  Names can be really confusing and just because you are doing a Downward Facing Dog, doesn’t mean you are in a particular style.

If you have specific problem areas or an injury you are recovering from, like me and my back problems, an instructor can point you to the style that will best suit your needs.  I would also recommend trying different classes and styles, and you can find something you enjoy as well.

I hope you have enjoyed this post and maybe even learned a little something along the way.  I still have a long way to go, but am learning more and more every single day.  If you are apprehensive or need a guide to getting started with yoga, check out my yoga how-to guide.

As always, thanks for taking some time out of your day to read this post.  I hope you found it informative.  Let’s get some interaction going and help other people getting started with yoga.

What is a term that you have heard and just don’t understand?

How this site is ad free

If you click on a link on Building Stronger Bodies that takes you to another website and you make a purchase we may receive a small commission. You pay the same price you would have paid if you went there directly. Participating brands consider it their advertising budget. We consider it a great way to keep this site ad free.

As an Amazon Associate I earn from qualifying purchases.
Scroll back to top
We use cookies to ensure that we give you the best experience on our website. If you continue to use this site we will assume that you are happy with it.Ok